An Unforgettable Week In Romania

My name is Mualla Ergin. I’m from Turkey. I’m so glad when my teacher told me we were going to Romania. I was very excited. I wondered what would happen there. The day i was set to go, i was excitend and curious so much. I was going to go abroad for the first time. After eight hours bus ride from Küçükkuyu to İstanbul, we flew from İstanbul to Bucharest. After traveling around Bucharest for about nine hours, we flew to Iasi. We met our host family on Iasi Airport. They were very polite.

After resting, we went to the school on Monday. They gave everyone different colors of wires. We stood up and introduced ourselves according to color. We went to kindergarten. Kindergarten students showed us their traditional dance. 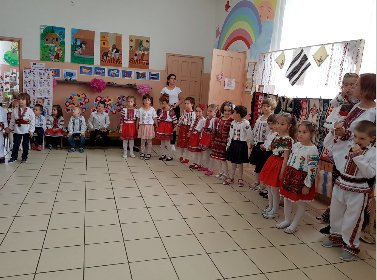 We went to the blind people’s school on Tuesday. At this school blind people are receiving a quality education which can then for life help then to make their life easier. My favorite rooms in the school were therapy and music rooms. Then we came home and slept. 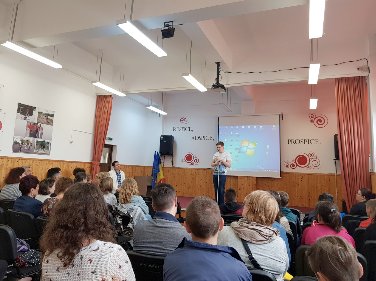 We went to the salt mine on Wednesday. We bought souvenirs. After leaving the mine, we drank mineral water from the natural spring. Then we went to the houses. After we had a rest, we went to Palas Mall with Erasmus students. We had dinner there.

On Thursday, we split into two groups to develop communication and made shapes with legos. We did zentangle. Everybody embroidered their own country’s flag.

After school we went to see Oana’ s eldest son and daughter. They were polite people. Then we went to Alexandra’s house for a barbecue party with all Erasmus students. We danced. We loved the family's dogs. We had dinner, played games and had fun. 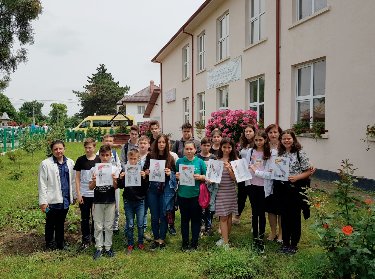 On Friday we formed several teams at the school, each group painted pictures of different emotions. Then we went out of school, to the gym. Romanian students sang traditional songs and danced. Later, we performed traditional dances with Erasmus students. We came home after the gym. After resting, we went to Palas Mall with Erasmus students. There was a music festival. Then we went home and slept. We got up at four in the morning. We had to go, because there was no time. Erasmus+ week was over, we didn’t want to go.

I will miss Oana, her family, Erasmus students and teachers.

Oops, you forgot something.

The words you entered did not match the given text. Please try again.